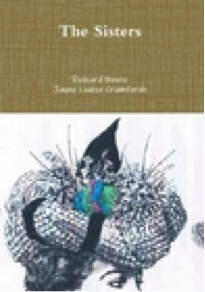 ‘Sisters’ is the first book in the series ‘The Family’ starting with three sisters and their descendants in the 1890’s and spanning both world wars until the 1960’s. Historical fiction is at its best in the words of Richard Bonte and Jayne Louise Cramforde.
In nineteenth-century Europe, a wealthy Austrian banker, Heinrich Konsul, attempts to arrange marriages for his three teenage daughters to ‘suitable partners’ in Paris, London and New York.
Both demure and coldly beautiful, the three sisters are secretly wild and knowledgeable beyond their years. Unlike the Bennett’s a century earlier in Pride and Prejudice, Herr Konsul tries a particularly masculine approach to marrying off his three daughters: entice with beauty and money; enforce by threatening to withdraw said money and choose the pick of the crop at bargain basement prices. Little does he know that his daughters are way ahead of him and out to challenge the notion that ‘Father knows best.’
On lulu.com or on Amazon’s Kindle in e-book format. See also www.richardbonte.com.