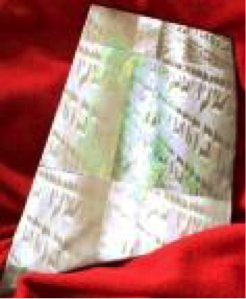 “The Baja Redemption” is a fast-paced road thriller, which seeks a radical solution to the ‘One Promised Land, One Israel Theory.’ Set against the current climate of nuclear war between the USA/Israel and Iran, two Academics attempt to transport Moses’ newly discovered Ten Commandments Tablet from Baja California to the White House.

Powerful forces within the three countries also want the Tablet. They don’t want a new Promised Land. They don’t even want Israel’s relocation. They want its destruction.

Then there is the Australian Hedge Fund billionaire who’s playing all sides against the middle.

The President of the United States and her secret protectors covertly align with the Academics against the ‘War’ hawks. Within a tight time frame, there is a deadly cross-country race to deliver the Tablet to the President. If the Academics succeed, they will have avoided nuclear war. If they don’t…