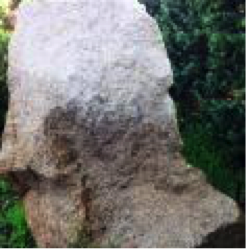 “The Second Promised Land” or ‘The Moses Story’ of the Ten Commandments is the second and last book in the series of the same name by Richard Bonte and James Crew Allen.

‘This is a tale you have never heard before, but it is true, at least true as far as I know.  I have been dead for over 3000 years.’

Thus begins the Tale of the Ten Commandments when a nine-year-old boy in a New York Public Library finds an old book detailing a new discovery: that of the Ten Commandments Tablet in the Baja California desert.  Yes, rumors are flying that the Tablet has been recently dug up in the pristine Baja peninsula and what with nuclear war threats in the First Promised Land of Israel, the Second Promised Land of Baja looks to be a better bet.  ‘The Second Promised Land’ is the Biblical Pathfinder and backstory to the successful ‘Baja Redemption’, also recently published in e-form and on paper on Amazon’s Kindle.